Not always can natural remedies be good for a medical condition despite of how effective they are. Sometimes, in serious conditions, only medical technology can help such as in the case of kidney dialysis. Without dialysis, a patient may not survive and what makes the suffering greater is the waiting list for kidney transplants. Till now a solution still remains elusive for this disease.

But!! This is where medical technology steps in where scientists from the University of California in San Francisco have invented the world’s first bionic kidney which can replace damaged kidneys.

1The bionic kidney can be inserted through common surgery

The world’s first bionic kidney can be inserted in a body by a common surgical procedure and it has proved to work efficiently. It is now proving to be the perfect replacement for a damaged kidney. The bionic kidney consists of several microchips which is moved by the heart. The bionic kidney also filters out toxins from the blood in the same way as a normal kidney.

Members of the research team Shuvo Roy of the University of California and William H Fissel nephrologist and associate professor of medicine at Vanderbilt University Medical Center have said that the invention is all set to give hope to the millions suffering from kidney failure and who are on dialysis. 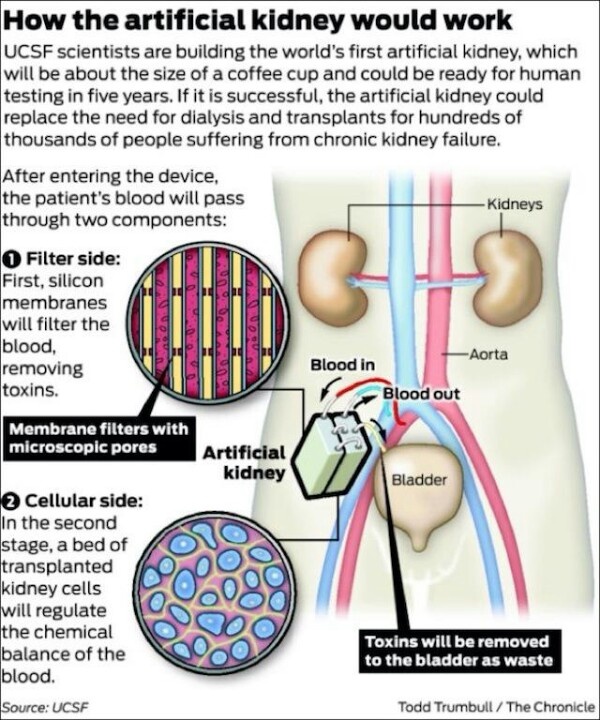 2The technology behind the device

The main technology behind the bionic kidney is a microchip made by silicon nanotechnology a process that is similar to microelectronics used in computers. The microchips are affordable and act as good filters. Each device will have about 15 microchips built in layers and will act as a scaffold that holds living renal cells which will grow in and around the microchip filters. These cells will mimic the activity of a live kidney.

The main challenge of the procedure is to push blood through the device without clotting or damage. Biomedical engineer Amanda Bucks is using fluid dynamics to check that no area of the device will cause clotting or obstruct blood flow. 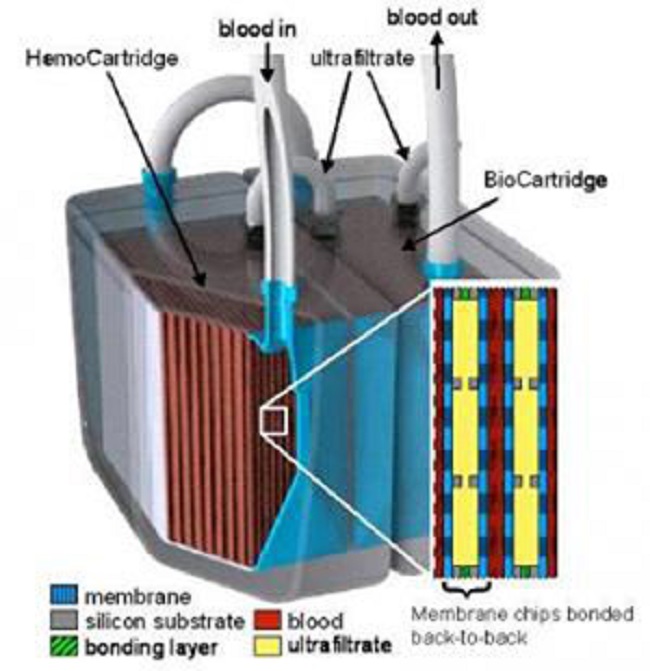 The most amazing aspect of the bionic kidney is the advantage it holds over a regular donor kidney. The rejection factor is zero. The invention consisting of renal cells was unveiled recently as a prototype the size of a coffee cup. It proved to work efficiently in balancing levels of sodium and potassium and also regulating blood pressure.

The project funded with a $6 million grant from the National Institute of health in 2015 has been well spent in resulting in the world’s first bionic kidney. The success of the prototype of the bionic kidney means that scientists will try their best to progress to human trials later this year. 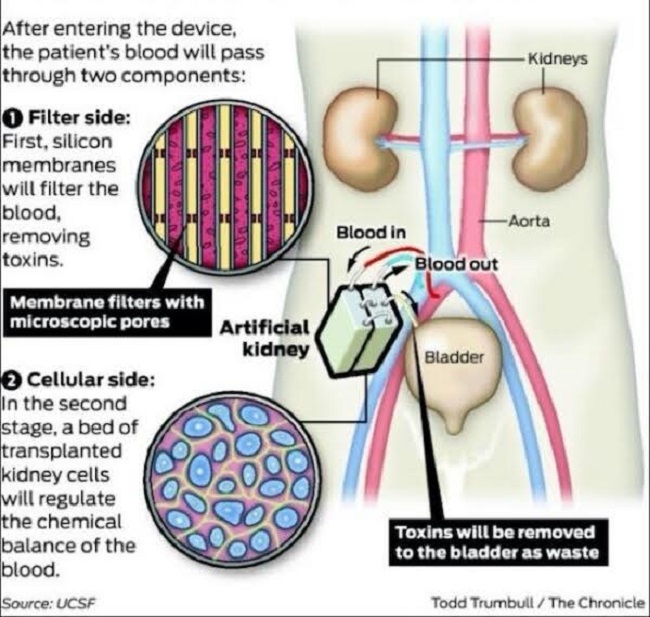